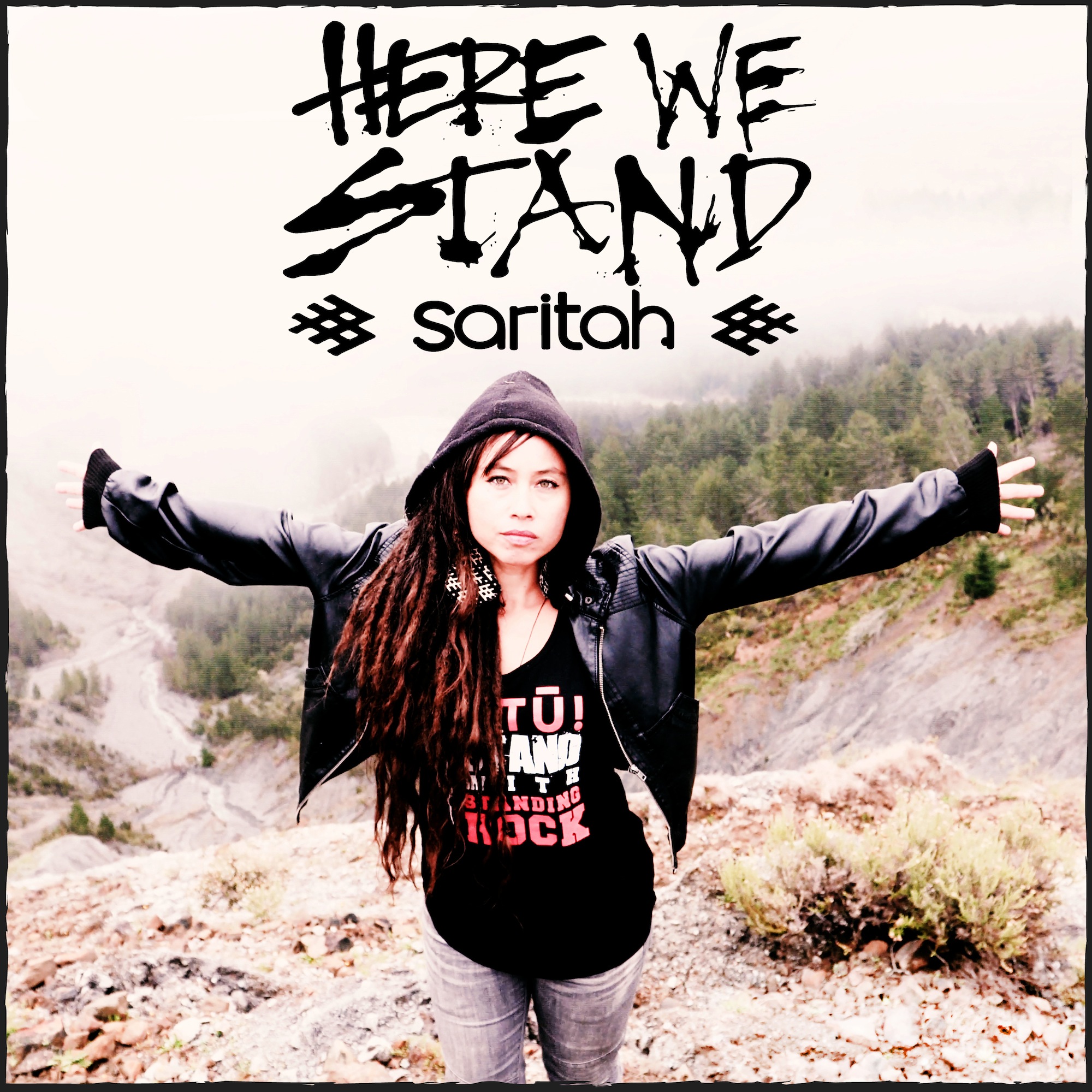 The new single and video HERE WE STAND are OUT NOW!!

HERE WE STAND is an anthem for Mother Earth, a plea, a chant to action for people worldwide, to stand up today and protect the only home we have.

Produced by Mista Savona (producer of the groundbreaking ‘Havana meets Kingston’ project), HERE WE STAND is a response to the current onslaught of pollution and destruction that big business is inflicting on land and water across the planet, and the (indigenous-led) worldwide movement to protect what precious life is left.

The video was filmed and edited in Aotearoa (New Zealand) by Mãori filmmaker Rongotai Lomas (who edited the feature film Trudell) in the lands of Nga Ariki Kaiputahi. The two stunning locations featured in the clip contrast and highlight the urgency of the current ecological crisis we are facing on planet earth. The first location is the Tarndale Landslip, one of the Southern Hemisphere’s gravest ecological disasters; a result of large-scale deforestation of the native forests when the land was colonized. This is contrasted with the incredible Mauri or life force of Rere Ralls, a powerful and majestic waterfall inland from the city of Turanganui a Kiwa (Gisborne).

Speaking of filming the clip, Saritah says “at one point when we were filming on the desecrated mountain-top, I started to cry as I was singing the lyrics to camera, because the devastation before my eyes illustrated so poignantly the words in the song. It was such a raw, vulnerable, authentic moment of tapping into the pain of the earth, and we decided to keep that moment in the clip. Getting the shot we wanted at the second location, Rere Falls, involved me first swimming then rock climbing in a dress to get to the perfect location for the ‘money shots’!”

Inspired by her time at Standing Rock in November last year, where she met Marcus Matawhero Lloyd, co-director of the video and tangata whenua or ‘person of the land’ where the video was filmed, the message of the song and video is clear – Water Is Life, and we must all come together to protect lands and waters worldwide for the generations to come.

“Here we stand, on this land

All along this way she’s carried us through

All Earth Inheritors – it’s up to me and you “